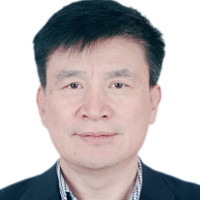 ﻿Dr. Fengcheng Wang is a professor in cereal science and technology at Henan University of Technology, and serves as director of the National Engineering Technology Research Center for Grain Processing Equipment, China. He received his B.S. degree in cereal processing machinery from Zhengzhou Grain College, China in 1983 and M.S. in biological-agricultural engineering and Ph.D. in grain science both from Kansas State University, USA in 1997 and 2001, respectively. Dr. Wang has been actively involved in many national and international research and development projects on the engineering and technological aspects of cereal processing, and has received more than ten awards for his contributions to the Chinese cereal milling and baking industry. He is the author/co-author of seventy papers in national and international scientific and technical publications on cereal science and technology as well as thirty Chinese national standards and patents. Dr. Wang is currently undertaking research and development work focused on product development and processing technology of whole grains. He has played an active role in the Chinese Cereals and Oils Association (CCOA) as co-chair for the Wheat Flour Based Food Division. He is also the Chinese deputy representative to ICC and the past President 2015-2016.