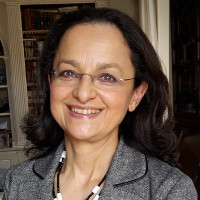 ﻿Dr. Marina Carcea is a Senior Scientist and Vice-Director of the Research Centre for Food and Nutrition of the Council for Agricultural Research and Economics (CREA) in Rome (Italy). CREA is a leading research institution under the aegis of the Italian Ministry of Food and Agriculture and Dr. Carcea is also one of CREA’s Scientific Advisors. She has a vast experience in the field of research in agriculture, food and human nutrition which she has gained by taking part and /or co-ordinating many successful research projects within national or international (Italian Ministries, EU, FAO) programmes involving several Institutions as testified by more than 200 scientific publications, many in international journals, and several book chapters. She delivered lectures on her research activity at many national and international congresses and she seats in several national and international (Italian Ministries, Technological Platforms, UNI, Codex Alimentarius, EU, FAO) committees regarding food and nutrition topics. For 12 years she has also been a Lecturer of Food Science and Technology at the University of Tor Vergata, Rome, Italy. Since 2000 she is the Italian National Delegate of the International Association for Cereal Science and Technology (ICC) where she has been actively involved as member of the Executive, Governing, Technical Committees and as President for the years 2011-2012. She is also a member of the ICC Academy and of the Georgofili Academy in Florence (Italy). She is a co-founder of AISTEC, the Italian Association of Cereal Science and Technology and, from 2009 to 2015, she has been the President of the same Association. She was responsible for the organization in Italy of several successful scientific conferences and she a member of the editorial board of several scientific journals. She was awarded the Harald Perten Prize and the Friedrich Scweitzer Medal for her scientific merits.